The Age of the Specialist

The old adage, ‘do one thing, and one thing well,’ has never been more relevant. In the advent of food truck super-stardom we’re seeing a rise in food operations specialising in a very small field of cuisine. Not just an ‘Indian restaurant’ but one focusing on Gujarati cuisine. No longer is the new Chinese restaurant a vague recollection of Cantonese cooking, but a food business dedicated to Hunanese dishes, or highly regional specific hot pots.

Further still, we are seeing an increase in food outlets that are refining their menus down to just one or two options; traders that earn their crust knocking out Reuben sandwiches, porchetta sandwiches, or tea-brined fried chicken. The excitement and authority this type of outfit gains is fantastic news for our industry and has become possible thanks to the past decade where consumers have shown an increased enthusiasm and intrigue for food and food media. The one-upmanship of having experienced certain foods, or knowing a few intricate details of an ingredient has become part of popular culture and as such the food landscape has become more diverse on both a global and price point level. 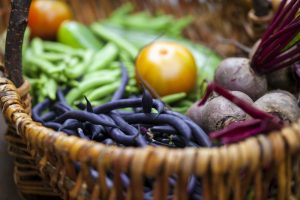 You could argue that one of the main driving forces behind this was the Millennial fascination with the hamburger. Back around 2009 when the ‘gourmet burger’ started gathering a cult following, a decent burger could pull in the foodie crowds. Hawksmoor garnered a healthy fan base for their kimchi burger, while a handful of focused small food businesses began giving all their attention to delivering burgers of the upmost quality.

Fast-forward to 2018, and we are seeing this narrow focus across the board in food operations ranging from your high-end restaurant, to the fast casual chain. Restaurateur Stevie Parle recently opened Pastaio where the menu is dedicated to fresh handmade pasta, akin to the highly successful Borough Market restaurant Padella.

Of particular note are Neil Rankin and his Temper restaurants. Now onto their third restaurant, each site has a particular and very dedicated focus. The original Soho space is devoted to serving fire-cooked meat in tacos, which are made correctly using nixtamalised corn flour. Following the great success of this, Rankin’s second Temper paid particular attention to utilising tandoor and robata grill-cooked meats within curries, while the latest Temper in Covent Garden is set to specialise in pizza, including Chicago and Detroit styles.

This attitude to mastering a niche is prevalent throughout Japanese food culture. The sushi chef specialising in fugu, the guy who strives for perfection creating a pork-based tsukemen ramen, or the one in constant pursuit of the most shatteringly crisp tonkatsu.

We’ve looked to Japan for inspiration a lot over the past decade; perhaps the attitude riddled throughout its food culture is one to take note of. It’s most certainly the age of the specialist. You need only to look across the street food
markets throughout our nation’s cities to see it’s not just the food that brings the long queues, but the authority derived from standing for something and flying the flag for dedication to the pursuit of the perfect version of a food. The question is, what’s your speciality?

Keep up to date with our specially selected range of speciality products by following us on social media!

Part of the Fresh Direct Group